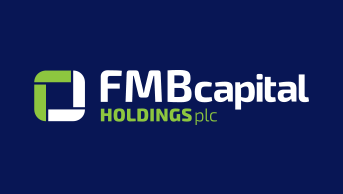 First Capital Bank Zimbabwe (FCB) a subsidiary of FMB Capital Holdings (FMBCH) has led the group to a further positive performance in the six months to June 30, 2022.

Loan activity for FCB in the first half remained firm with loans and advances to non-banking entities growing 200% to $21,40 billion in historical terms with 68% of loans being foreign currency denominated.  The bank procured a EUR12.5mn open line of credit from the European Investment Bank (EIB) during the period under review in anticipation of a growing productive sector.

FCB’s non-performing ratio in the period under review remained benign at 1.7% with a loan loss ratio of 1.6%. In historical terms the Bank’s total deposits increased to $40,84 billion, a 149% increase from $16,4 billion recorded June 2021 of which foreign currency deposits accounting for 61%.

As has been the trend, non-interest income remained robust contributing $6,58 billion to the aggregate income of $8,60 billion at the end of the period.

Whilst core capital remained above the regulatory target of US$30 million, the rapid devaluation of the local currency exerted pressure on capital resulting in the Bank’s US$ denominated core capital having reduced from US$74,8 million as at December 31, 2021 to US$44,4mn as at June 30, 2022.

FMBCH announced that in the first half of the 2022 financial year, it had a very strong growth in profit after tax of 93% to US$25,2 million from the same period last year.

Mr Jaco Viljoen, FMBCH group managing director said, “Our Group has generated growth driven by our country operations’ strong performance, all of which recorded increased profits over the 6-month period, despite the macro-economic challenges caused by global events. Our financial position is certainly much stronger, and we achieved this by building on the strength of our strategic positioning across the SADC region, where the economic activity has increased post the Covid-19 pandemic.”

The improvement in profitability was attributed to a continuation of the strong momentum from the second half of 2021 and is driven by a combination of expanding corporate banking deal pipelines, as well as improved cost efficiency and scale growth across all five country banking operations, while maintaining credit risk management discipline.

FMBCH recorded growth in its net interest income which was up US$52,1 million compared to US$44,2 million in the previous period, whilst non-funded Income rose to US$43,7 million from US$32,5 million in 2021.

“The interim performance is reflective of our new mission ‘Growth is Our Business’ in which we continue to put our customers’ needs at the heart of our business. Our personalised services and products have enabled us to solve for our customers, driving our operating performance growth. In the second half of the year, we will continue working on further enhancements in our digital offerings to cater to our customers’ evolving banking needs,” added Mr Viljoen.