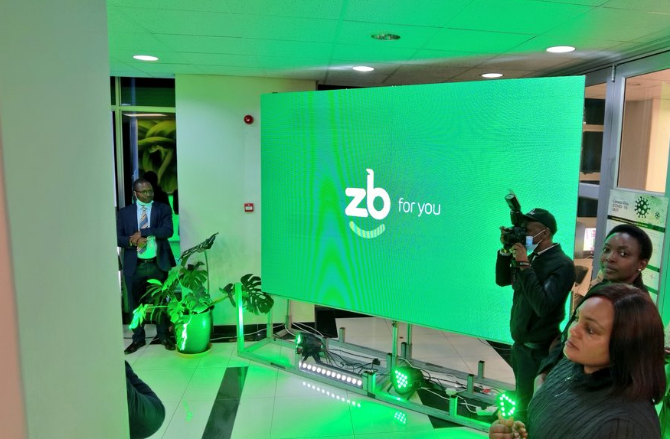 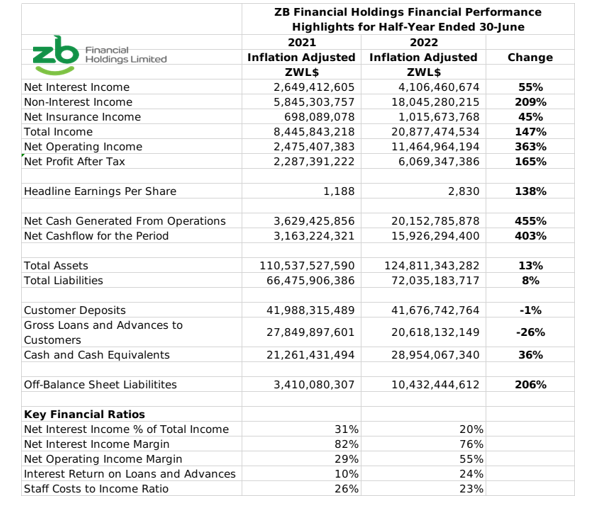 It is difficult to take the performance at face value because the primary source of the profit rise is under defined in the half year financials. The results reported earnings of ZWL$11.1 billion under “operating income”. It is probable that the figure refers to net realized or unrealized foreign currency gains. It’s an endemic issue that is negatively affecting the validity of earnings as a reasonable performance measure for local companies.

In terms of market performance in its core business segment, ZB Financial Holdings saw some marginal decline in its market position. The slow growth in deposits saw its market share fall to 3.7% from 4.1% at the end of 2021. The groups primary deposit holders are private individuals and service industry operators, which aligns with the strategic emphasis on customer service excellence and digitization. The group’s share of the industry loan book also shrunk to 3.4% from 5.4% at the end of 2021. With cash and cash equivalents holdings of ZWL$29 billion and the recently raised lending rates, expectations are for the group to take a more aggressive lending strategy.

Under the apparent focus on mass retail banking, it feels like ZB bank is losing its stature as one of the country’s premier banking brands. The softer, friendlier logo certainly suggests an organization shifting towards a new identity. The worry is that, with a relatively small share in a market characterized by high levels of turbulence and competition, and limited scope to raise any extensive capital, the ZB group will struggle to compete for growth. While it’s not impossible to for the group to improve its market standing, it is not hard to imagine why the purported merger with CBZ might be ideal for ZB.

The ZB Financial Holdings share has not been spared from the bearish market fallout. The share has performed the weakest among its peer banking group stocks, and under-performed the market as a whole. It has lost 8% in nominal value and 83% in implied US dollar terms, with its price to book ration estimated at 0.2 as at 5 September 2022 – Harare