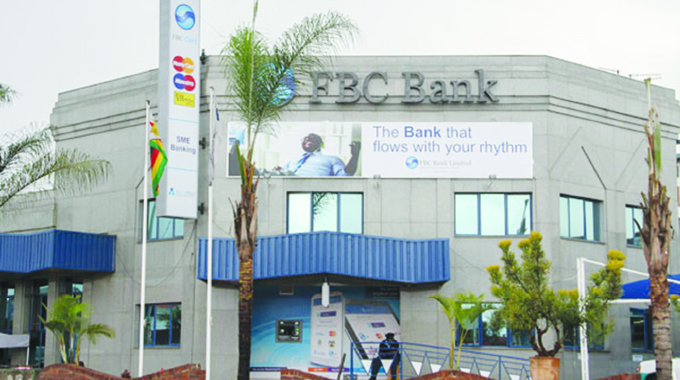 The FBC Holdings group reported an inflation adjusted net profit after tax of ZWL$8.1 billion for the half-year ended 30 June 2022. The earnings surged by 425% from the 2021 comparative, with headline earnings per share reaching ZWLc1,271. The groups net operating profit stood at ZWL$20.1 billion

The bottom line growth was spurred on by a 212% rise in total income, which reached ZWL$43.2 billion. Income from fees and commissions, and interest contributed ZWL$4.6 billion and ZWL$7.3 billion respectively while exchange gains contributed ZWL$17.1 billion to the group’s earnings. Net earned insurance premiums contributed ZWL$1.9 billion. The group attributed 68% of its total income to hedging and investment strategies, with the rest coming from core revenue lines.

In inflation adjusted terms, the group’s total customer deposits increased moderately by 3% to ZWL$58.7 billion. Financial services were the group’s main customer base with a 29% share of deposits, followed by the public sector with 13%. Going forward, the group noted plans to deploy further Point of Sale (POS) machines to attract further customers and increase transaction volumes.

The group’s customer loan book increased in stood at ZWL$70.8 billion, representing a 34% rise in inflation adjusted terms. Customers from the services sector took up the 36% of the group’s loan book, with customers from mining, manufacturing and telecommunications also taking up significant shares.

The banking operations remained the group’s core profit center with a before tax profits of ZWL$10.5 billion for the commercial bank and ZWL$2.8 billion for the building society. The group’s insurance units were also profitable, with the short-term reinsurance operation earning ZWL$353 million and the short-term insurance operation earning ZWL$181 million. The microfinance unit remained in the red with a loss of ZWL$108 million while the stockbroking unit earned ZWL$109 million.

The group reported that its building society operation had completed the construction of 257 residential housing units at Kuwadzana Fontaine Ridge, and plans to construct another 600 units in a phased approach. The society also expects to complete the Zvishavane Eastlea Project where construction of 98 cluster housing units is underway with the project scheduled for completion by 31 December 2022.

The group also reported that its short-term reinsurance operation had been granted an operating license in Botswana, and operations had commenced on the 1st of July 2022.

The group declared an interim dividend of ZWLc 148.82 per share for the half-year period.

It is another financial performance that was materially driven by unrealized gains, which accounted for roughly 40% of the group’s total earnings. The 89% Inflation adjusted growth in interest income lines up with the growth seen in the group’s loan book. The group appears to have the capacity to expand its lending operations in the second half of the financial year, with the benefit of higher permissible interest rates. The inflation adjusted growth in the group’s fees and commissions at 42% suggests the digitization initiatives are paying off, and the additional POS machines should drive further growth in the second half. Time will tell how quickly the Botswana operation will become a significant contributor to the group’s earnings. Traditionally, high entry costs typically mean it takes insurance companies a few years of operations before they become profitable. The rise in the group’s staff costs to income ratio, from 24% to 35% suggests existing revenue lines will need to grow significantly in the second half.

In terms of market performance, the half year saw the group moderately expand its market footprint. The group’s share of the banking sector deposits increased to 8.8% and the share of loans and advances rose to 11.7%. On both fronts, the group enjoys a fairly diverse customer base, with a fair degree of exposure to most of the country’s key economic sectors. This could be a useful platform for the bank to pursue credit lines from international financing institutions, and other lenders with an interest in development. Beyond that, continued investment in its digital banking infrastructure will be important for the group to maintain and grow its presence in its key customer segments.

On the ZSE, since the start of 2022, the FBC Holdings share has gained 86% value in ZWL terms and lost 65% in implied USD terms. As at 5 September the share was trading at an estimated price-to-book ratio of 0.6x – Harare