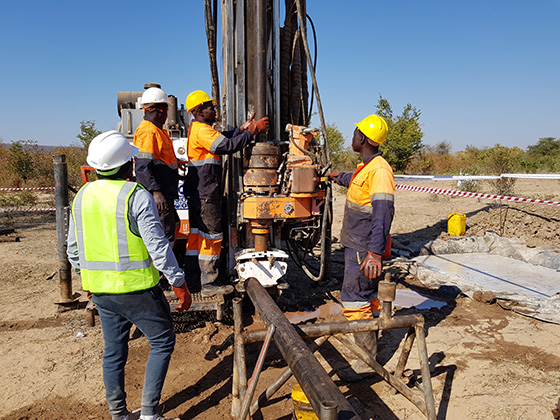 Contango Holdings, the London listed natural resource company developing the Lubu Coking Coal Project in Hwange has said it has received many enquiries for its thermal coal which they recently discovered to be in abundance at the site.

Contango said it has in recent months received a number of unsolicited approaches from buyers of thermal coal ranging from trading houses to industrial consumers from Africa, Europe and Asia.

This comes as in the last 12 months, thermal coal prices have increased dramatically from approximately US$125 per tonne to US$450 per tonne due to the increased demand from energy displacement and severe shortage of supply due to closure of thermal coal mines.

Carl Esprey, chief executive officer of Contango, said, “The global energy crisis has seen the demand for thermal coal dramatically increase, which in turn has been reflected in the thermal coal price, which has nearly tripled over the last year. What was initially a by-product in our coking coal and coke development plan, is now a highly profitable and complementary product.”

The Lubu deposit contains significant quantities of both coking and thermal coal and has a current NI 43-101 resource totalling more than 1 billion tonnes of coal. The company has initially focused on extraction of coking coal from Block 2, given the seams have strong coking coal characteristics and thermal coal was historically seen as a by-product.

At Block 2, it is expected that approximately 60% of coal extracted will be thermal coal, whilst 40% will be coking coal.

The company said it continues to focus on delivering the coking coal and coke development strategy outlined, however, it believes it can create substantial additional shareholder value by also selling thermal coal internationally.

Experts say development of thermal coal sales would only require modest capital costs, funded from internal cash flow, to increase the scale of operations and infrastructure whilst the cost of mining is negligible as the thermal coal is effectively a by-product of the coking coal mined.

Given the thermal coal price movements and current interest expressed in the product, Contango said it is now exploring the feasibility of exporting thermal coal internationally via ports outside of South Africa, which no longer has export capacity.

“Whilst no one can be certain how long the market imbalance and demand for thermal coal will remain at these levels, or potentially higher, given the synergies with ongoing operations and limited additional costs, the ability to initially generate over $10M of additional earnings per annum by selling our thermal coal makes clear financial sense,” the chief executive said.

Contango anticipates it can begin delivering thermal coal in the first half of 2023 subject to finalising transport and export routes.

The company is continuing to progress discussions with groups on the financing of coke batteries from pre-pay offtake agreements. The coke batteries will enable Contango to generate a higher value product and potential long-term margins of $350 per tonne.

In the event that it does not secure financing for the coke batteries from these discussions, the cash flow from the sale of coking coal and now potentially thermal coal is expected to be sufficient to fund any capital requirements.

Esprey said, “At over a billion tonnes of coal, the Lubu Project is vast. We always intended to expand its production capacity of coking coal and coke given the size of the deposit and highly attractive economics. The foreseeable market conditions will also now enable thermal coal to be brought into the development scenario during H1 2023.”

The miner expects to commence first sales of washed coking coal under its existing initial 10 000 tonnes per month offtake agreement with AtoZ Investments (AtoZ) by year end.  Margins on this contract are expected to be at a base level of $70-80 per tonne, based on the Minerals Marketing Corporation of Zimbabwe (MMCZ) market price of $120 per tonne, which itself has the potential for further uplift given current global benchmark pricing of circa US$340 per tonne.