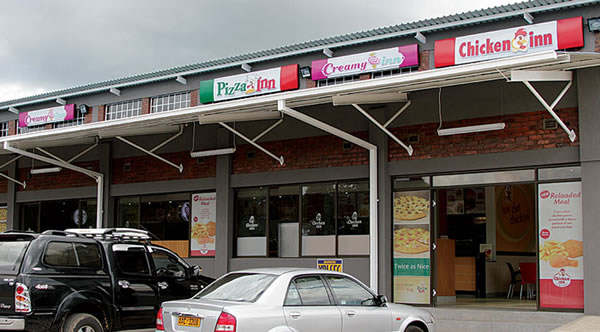 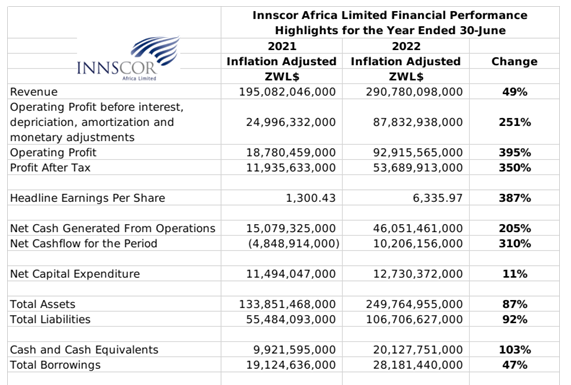 The group’s noticeable rise in profit versus the relatively modest rise in revenues suggests it benefited from sizeable fair value gains on property, plant and equipment. Considering the net capital investments made during the period, the size of the fair value gain is likely somewhere between ZWL$10 billion to ZWL$15 billion. That aside, at face value nothing particularly stands out in the groups consolidated financial figures.

Looking at the group’s segment revenue performance over the last five years, the growth in the Light Manufacturing and Other Services segment is a noticeable development. Although it remained the lowest revenue generating segment during the period, its US$ implied sales more than doubled. By comparison, revenue growth in the Mill-Bake and Proteins segments was subdued 14% and 38% respectively.

The groups volume growth across its operating segments underlines the Light Manufacturing and Other Services unit as the current center of revenue growth. It’s a situation that owes a large part to the prevailing economic environment. Constrained access to capital for existing and would be competition in Fast Moving Consumer Goods (FMCG) markets has allowed Innscor to enter and take up market share. Unless there’s a sudden influx of easily available capital in Zimbabwe, the major limiting factor the segment’s growth should be the prevailing consumer capacity and operating environment. In that sense, short term growth across all segments could be depressed as long as the government maintains its tight liquidity policy.

Competitive pressures are likely more of a factor within the proteins segment where consumers are increasingly reliant on informal market for cheap proteins –  although this is somewhat offset by the groups position as a major supplier of day-old chicks and stockfeeds. The Mill-Bake segment is heavily dependent on the available supply of wheat, maize and other grains. Given the government’s effective control of the local grain trade and the price of the grain outputs, the segment’s prospects are not entirely within the group’s control. The government’s capacity to cover the expected production shortfall in the 2022/2023 agricultural season will be key, as will be the prices set for key food commodities. Beyond that, the group’s move into fertilizer production should be translating to improved cost efficiencies in its grain contracting schemes. These efficiencies should be filtering through to up-stream value chain activities in protein and stockfeed production. Going forward, it will be interesting to see next move Innscor will make to to expand its value-chain control. The practical guess is pesticides, herbicides, etc. A move into seed production would be the most interesting albeit unlikely development.

Overall, Innscor’s short term outlook depends to a large extent on the domestic economy establishing and maintaining stability. In the environment, the group’s is expected to maintain and expand its distribution channels to the informal retail sector. The blocked Prodairy – Dairibord merger suggests there is some institutional push-back against Innscor consolidating its market positions by means of acquisition. All the same, invested internally the groups US$56 million capital budget should help the process along. It will be interesting to see if the group will make any significant investment in some of its smaller “emergent” interests within the light manufacturing and services segment. The Buffalo Brewing Company stands out as an interesting proposition, given the absence of competition in the local commercial beer market.

On the ZSE, since the start of 2022 the Innscor share has gained 124% value in nominal terms and lost 62% in implied US$ terms. The share is currently trading at a price to book ratio of 0.8x – Harare