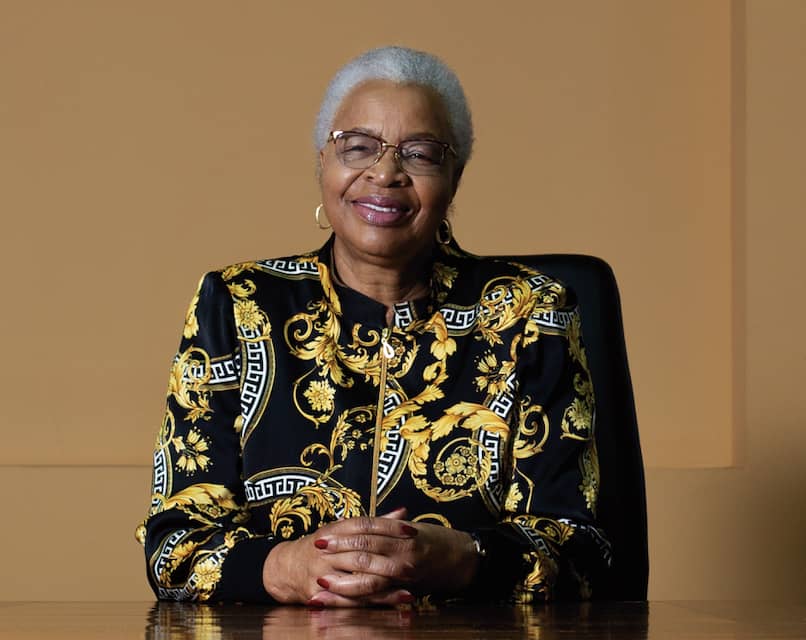 Top female executives strongly deliberated on efforts to increase women and women-led businesses and start-ups’ access to finance at the successful Women’s Network and Women in Leadership Roundtable held on Thursday, 10 November 2022 in Harare.

The round table meeting, organised by Old Mutual Zimbabwe in partnership with New Faces New Voices, was focused on women in finance.

The event, which ran under the theme ‘Women in Leadership in the Financial Sector’, sought to inspire and promote Women in Leadership, and engage women as leaders, influencers, and decision-makers in the financial sector. Graca Machel, the founder of New Faces New Voices, joined the event virtually from South Africa.

“The finance sector plays a critical role in any nation and is the brains and heart of the economy. I was inspired to create this initiative for women during the 2008/9 global financial crisis, because during that time little or no women were part of the conversation. At that moment, I reached out to a group of brilliant young women and said I want you to be part of this conversation. I want your voices and your faces to be seen and heard, because it will not be an effective restructure of the financial sector if women are not represented.

“The primary objective is to change the financial sector and ensure that women are responsible for the financial sector by redesigning the table for both genders.   Men must change and recognise women’s brain power, the creativity of women and their leadership, and accept it as the right thing, not a favour. As women leaders, we should also value the position of women at all levels, their value, and contributions to the economy as we work towards social justice.  value and. Let’s continue to work on increasing the number of women in leadership and identify the obstacles that must be removed for women to access financial resources and build wealth.

“I encourage women to debate the Financial Inclusion Strategy of 2022- 2026 and continue to work on the numbers of women in leadership, but more than that to identify the issues that have to be transformed, so that thousands and millions of women have access to financial resources. Let us multiply the faces, amplify the voices of women in all economic areas with clarity of the strategic areas of development in our nations.” She said

The former deputy Reserve Bank of Zimbabwe governor, Dr Charity Dhliwayo, was one of the highfliers who attended and gave a moving presentation. She shared her experience and gave a much-needed self-introspection.

Her advice to women was to be determined, know what they want to achieve, set their goals, and remain focused. She concluded by saying, “a woman with a voice is by definition a strong woman.”

“We, as women, remain underrepresented in the financial service sector’s top decision-making positions. We need to support and uplift each other so that many more of us will sit at the table.”

Gloria Zvaravanhu, a decorated finance expert currently the Managing Director of Old Mutual Insurance Company Zimbabwe, also shared her journey and experiences, which led her to a leadership role. She attributed her positive progression to hard work and excellent mentorship from other women. In her remarks, she challenged women to mentor, “take down the elevator and bring back other women to the financial leadership table.”

The financial giant, Old Mutual proved to be an institution with women in power positions.

Yet another phenomenal woman Kudakwashe Mswaka, the Group Head of Strategy and Reporting at Old Mutual Zimbabwe and currently the Old Mutual Women’s Network (OWN) President, gave an overview of the Women’s Network.

Mswaka spoke about how the network has grown and the various life-changing projects OWN has done, including the donation to Mutare Farm Prison through the Donate a Day Winter Edition. She highlighted how their work has also inspired men and are now part of this life-changing network, whose impact is bubbling over even to the greater communities.

Over 100 women in attendance were energised by the brief but highly informative presentation of the ‘On The Money’ program, presented by Theodora Chinembiri, a well experienced financial education facilitator.

To date, On the Money has trained and empowered over 8,000 girls and women with financial literacy skills across the country.

Old Mutual Zimbabwe has consistently moved towards fostering gender equality and women’s empowerment by bringing all beautiful women in business together and giving them a platform to grow and empower themselves, as well as make a real difference in the communities.

Lillian Mbayiwa, Head of Group Marketing, Public Affairs and Sustainability at Old Mutual Zimbabwe, said: “Gender equality and ensuring that women’s voices are amplified and progress within Old Mutual is a reality, with 50% of Exco members being women, and also through the efforts of the Old Mutual Women’s Network (OWN)-HARARE

MSME formalisation has not improved over the past decade at 14%: FinScope