Can Agriculture Insurance Improve Food Security – And Why Does It Matters? 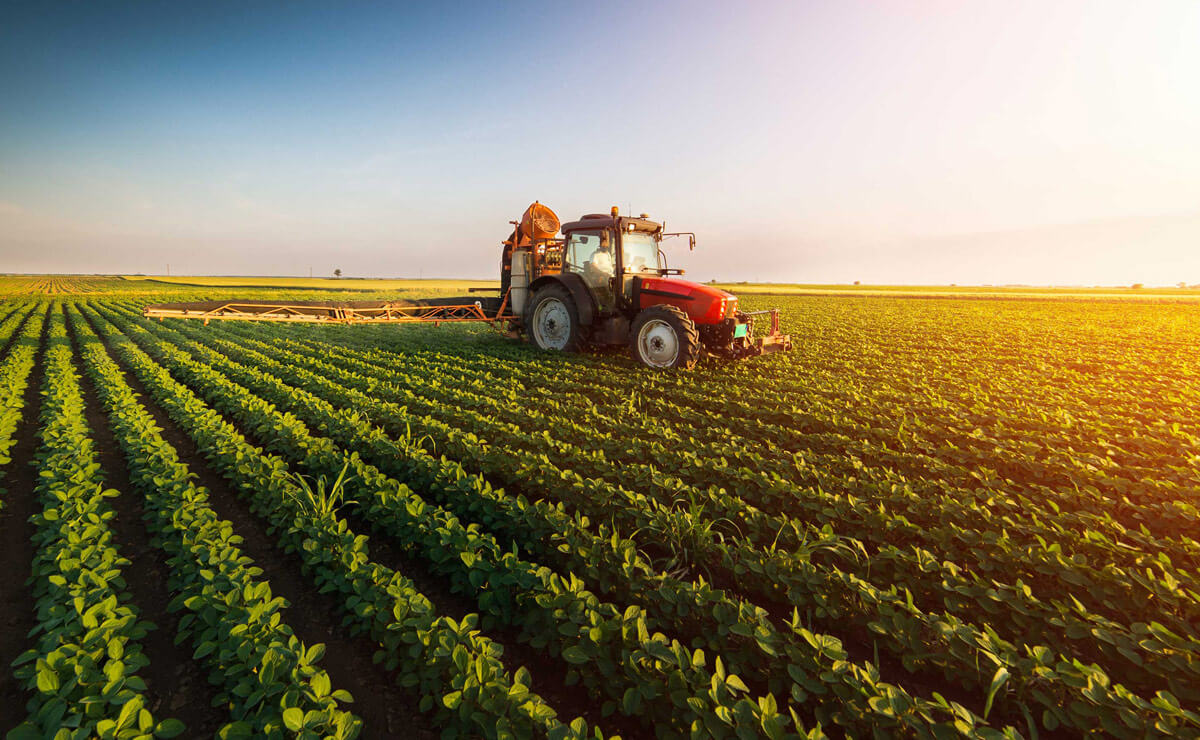 With almost 70 percent of Zimbabwe’s population living in rural areas, most of them heavily depend on agriculture. Agriculture is their main source of income and the driver of economic development and growth.

Farmers are facing a slew of climate-related challenges at the turn of the century, including cyclones, floods, hailstorms, and droughts that are becoming more frequent and severe.These weather-related risks have resulted in damage and loss of agricultural products, farm- property, and human lives. Natural disasters have made it possible for a farmer to lose his livelihood, and those who had escaped poverty to be dragged back into it.

Agriculture insurance is an important risk management tool that can protect farmers by protecting them against losses and damage from adverse weather events such as droughts and floods. This can help the farmers maintain their level of livelihood income and proceed with farming business activity after incurring huge losses due to epizootic diseases and adverse weather events such as hailstorms and floods. It can also help farmers improve their creditworthiness.Thus, agriculture insurance can unlock the potential of access to financial capital markets, which can assist farmers to finance agricultural production by buying new equipment and machinery, fertilizers, chemicals and seed to increase farm output and maximize profits.

Insurance has the potential to influence behavior change by pricing risk and reducing risk uncertainty.For instance, insured farmers can diversify their agriculture business by producing different crops as a hedge against the risks of adverse weather, pests and diseases affecting their entire productivity; however, with insurance, farmers can narrow their focus on specialization in one crop. Insurance can also influence farmers to expand agricultural production land and increase output per hectare, but farmers without insurance are less likely to take the risk of expanding into large-scale production.It can assist the farmers in gaining access to international markets such as the European Union (EU) and the United States (US), because most of the international trade conventions require farmers and businesses to have insurance coverage. As a result, it is arguable that farmers with the ability to manage risks based on agriculture insurance have the potential to turn around the economy by contributing to the nation’s food security and stability.

This is why, in a 6-page paper, the Zimbabwe Farmers Union (ZFU) is advocating for the inclusion of an agriculture index insurance subsidy funded by the government in the 2023 budget, because insurance indexed-based products make it easier to claim pay outs.Insurance index-based products do not have many underwriting standards and requirements, such as assessment of the natural environment and agribusiness enterprises operating in that area and inspection of loss and damage of agricultural products after adverse natural events. In this regard, it makes life better by paying out claims to compensate for losses from adverse weather events. This means that a large population of farmers in a large geographic area are compensated. However, insurance index-based programs cannot come up with accurate figures and facts related to financial loss as there is no assessment at the time of sale and no inspection of loss and damage occurring after adverse natural events like cyclones and floods

With the traditional agricultural insurance products, there are higher standards of underwriting before and during the sale, and inspection of loss and damage after adverse weather events or epizootic diseases. Traditional insurance does not guarantee the funding of insured assets such as farm property and biological assets.Based on our understanding of agricultural insurance, it only compensates between 1 percent and 4 percent of the value of biological assets, though there are traditional insurance products and services that retain the original worthiness of insurable assets.

Generally, this has made it uneasy for insurance and insurance companies to have agriculture insurance penetration in the rural market, and this has resulted in less than 20 percent of the global population of farmers being insured. In Zimbabwe, less than 3 percent of the farming community is insured. Many of the smallholder farmers who have agriculture insurance are the hundred and ten thousand small-scale tobacco farmers because it is a mandatory requirement for them to secure a farming contract, whereas with food crops such as wheat and maize, it is not compulsory to have a crop insurance policy. This might have jeopardized food security and stability, but it is simply because of a lack of seriousness by policy planners and decision-makers to prioritize food economics.

The Rhodesia government was able to improve food security through the promotion of insurance market development, especially during the unilateral declaration of independence (UDI) era from November 11, 1965, to December 22, 1979. Agriculture insurance is a collective system or pooling of financial resources “for reducing economic uncertainties due to crop failure” (Tinarwo, 2014). The insurance companies won’t refund premiums to farmers if the natural disaster doesn’t happen, and this resulted in premiums building up to substantial capital reserves.

This had seen Rhodesian insurance companies such as Old Mutual South Africa and the Rhodesia National Insurance Company (Rhonat, now Zimnat) paying 5 percent of their profits to the government as tax, which was solely used to finance subsidies for agricultural products. With this policy of promoting insurance penetration, Rhodesia successfully channeled financial capital to agricultural productivity. As a result, the small country’s food imports had decreased and it had become a net food exporter.The Smith regime also used insurance money to stabilize food inflation in order to improve citizens’ unlimited access to food supplies.

The other benefit of agriculture insurance is that it minimizes donor dependency syndrome, which can lead to an adverse decline in agricultural productivity and chronic poverty problems. But with private insurance companies, the government can do financial mobilization for food security and rural development management rather than relying on the international donor development community. This worked in UDI Rhodesia, where the white settler colonial administration did not raise significant capital from outside sources, with the exception of military economic assistance from South Africa.

Globally, researchers have reemphasized agricultural insurance as a solution to climate change hazards affecting agricultural productivity. This has successfully worked in the United States and Western Europe, where agriculture insurance has effectively enhanced food security due to government support and risk management programs.

In 1973, the government of Kenya, through the ministry of agriculture, introduced the program of “minimum guaranteed returns” (MGRs), aiming to ensure that smallholder farmers would have the affordability of taking cover against financial loss. This was mainly implemented by the Agriculture Finance Corporation (AFC) to promote the creditworthiness of smallholder farmers, though it was a flawed system that resulted in the government losing money to unscrupulous characters.

However, agriculture insurance penetration remains low in rural markets due to information asymmetry, market imperfections, financial illiteracy, and poverty. These factors have historically determined demand for agriculture insurance products and services. This is why, from 2000 onwards, especially when the white-dominated commercial farming enterprise system collapsed, we have been struggling.

Therefore, the government should subsidize agriculture insurance and provide supportive roles in financial literacy education in insurance and risk management. This can also be achieved by introducing national agricultural insurance policies and title deeds that would make agribusiness ideas more bankable and improve productivity in agriculture and food stability. This should be prioritized in the current policy processes for economic development – Harare

Newton Mambande is an economic historian and a financial advisor. He can be contacted via the following email: newtonmunod@gmail.com and WhatsApp: +263773411103.