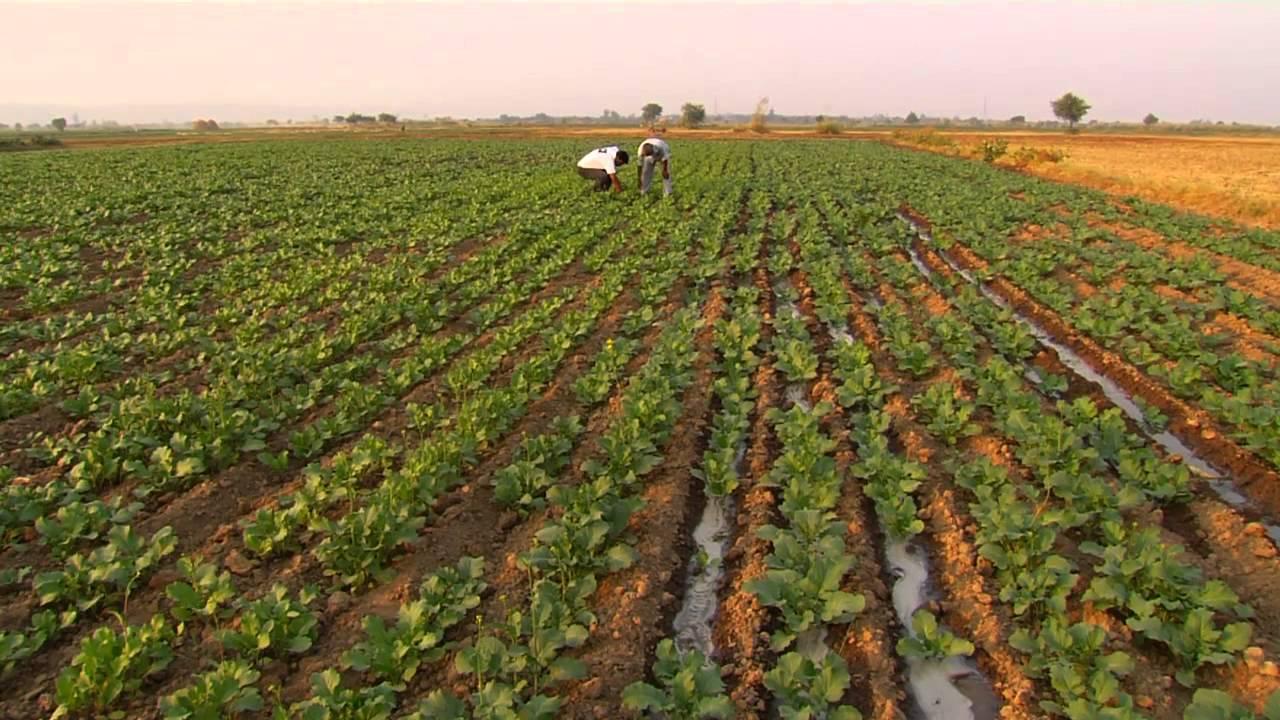 According to the 2019 Zimbabwe Poverty Report, an estimated 49% of the country’s population earned its livelihood from farming activities. That farming-reliant population represented 69% of the population classified as living in extreme poverty and 66% of the population classified as living in poverty. The 2017 Zimbabwe Smallholder Agricultural Productivity Report estimated that slightly less than 6% of smallholder households were able to access credit to fund their agricultural enterprise. Lack of collateral was cited as the main reason the households could not gain access. Under the National Development Strategy 1 (NDS1) economic development plan, the government outlined its objectives to improve the country’s food security and the value of agricultural production. The government highlighted improving access to affordable financing as key to attaining its agricultural goals.

According to the RBZ, at the end of June 2022, the banking sector loans and advances to the agricultural sector stood at ZWL$121 billion, representing 20% of the aggregate loan book. In nominal terms, the agricultural loan book increased by 143% since the end of 2021. In real terms the loan book shrunk by 30% during the period from an implied value of US$461 million to US$328 million. Although the value erosion was significant, the loan book value remained above the ten-year low of US$179 million in 2019 following the return and subsequent devaluation of the ZWL. Among the banks with available information, CBZ had the largest agricultural loan book at ZWL$76.5 billion. AFC Bank expectedly had the highest relative credit exposure to the agricultural sector, at 55% of the total loan book.

According to the WorldBank, over the past 10 years, agriculture has on average represented 8.6% of Zimbabwe’s total GDP. The agricultural credit to agricultural GDP ratio is a metric that can be used to assess the level of credit being extended to the sector. For Zimbabwe, the ratio has generally trended above 25% aside from the dip to 9% in 2019 following adverse economic events. The regional comparison is striking as Zimbabwe appears to be financing its agricultural sector at a  high level relatively to regional peer economies where the sector represents 20% of total GDP. Yet despite this, credit remains largely inaccessible for the country’s core class of agricultural producers. 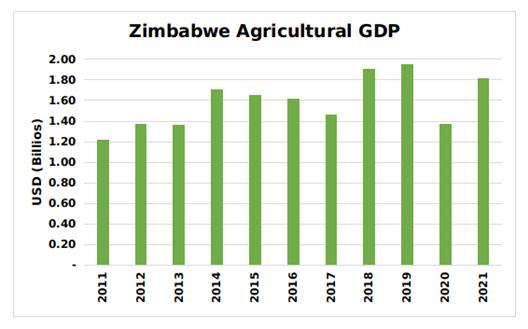 Another striking observation is that despite relatively high levels of lending to the sector, growth in agricultural GDP has been relatively weak- averaging 3% annual growth between 2015 and 2021. The country’s major category of farmers failing to access financing has to be a key contributing factor to the sector’s lethargic growth. The emergence of specialized agribusiness units in the majority of local banking institutions signals a shift towards refining agricultural lending. Arguably, this evolution of agri-financing has to succeed in unlocking the commercial potential of smallholder agriculture. To do so, a new era of agri-financing has to emerge that combines lending with elements of market and capacity development. It has to take an active role in shaping the commercial architecture of the smallholder agricultural sector – facilitating the shift of production towards high-value commodities and, building up resilient linkages between production, trade, processing, and retail.

Non-banking financial institutions could also play a role in driving smallholder financing and commercialization. This has been the experience in East African economies, where small SME agri-financing focused companies have emerged. These companies typically leverage specialized marketing and production knowledge to offer customized financing facilities to borrowers. Although the companies tend to suffer from high borrowing costs and default rates, it is a sector thought to be showing promise. The scope for such initiatives in the context of Zimbabwean smallholder agriculture is likely limited by systemic issues such as weak supporting infrastructure and high transport costs – although pockets of viable opportunities still exist.

One area that has significant potential for specialized SME agri-financing is the growing but still relatively niche market for health and organic foods. Organic foods can generally be defined as foods produced with minimal to no use of synthetic fertilizers and pesticides. These foods typically fetch a premium over conventionally produced equivalents. Estimates of the size of the global market for organic foods place the value at US$259.06 billion in 2022 and project it to grow to US$437 billion. The USA, Germany, and France form the leading export markets for organic foods. Emerging economies such as Brazil, China, India, and Indonesia are expected to become increasingly important markets. Closer to home, although small, the South African market for organic food products is steadily growing and could also provide opportunities.

Ultimately, in the grand scheme of Zimbabwe’s agricultural development, the banking sector is undoubtedly a key pillar – the big question is if it will assume the expanded mandate needed to drive agriculture into the future. It is fair to suggest that such an undertaking would need to be supported by a clearly defined policy framework that is integrated into the country’s broad agricultural development strategy. Such a coordinated strategy could create synergies between public and private investment in agriculture that could accelerate growth. It could also be the foundation for the development of a marketable land tenure system that could equip smallholders with collateral and mitigate risk for lenders.

The writer, Yona Menon Banda is a financial analyst and agricultural economist who writes in his own capacity. Contact him on yona.menon93@gmail.com for any feedback.