ZSE opens the week in red 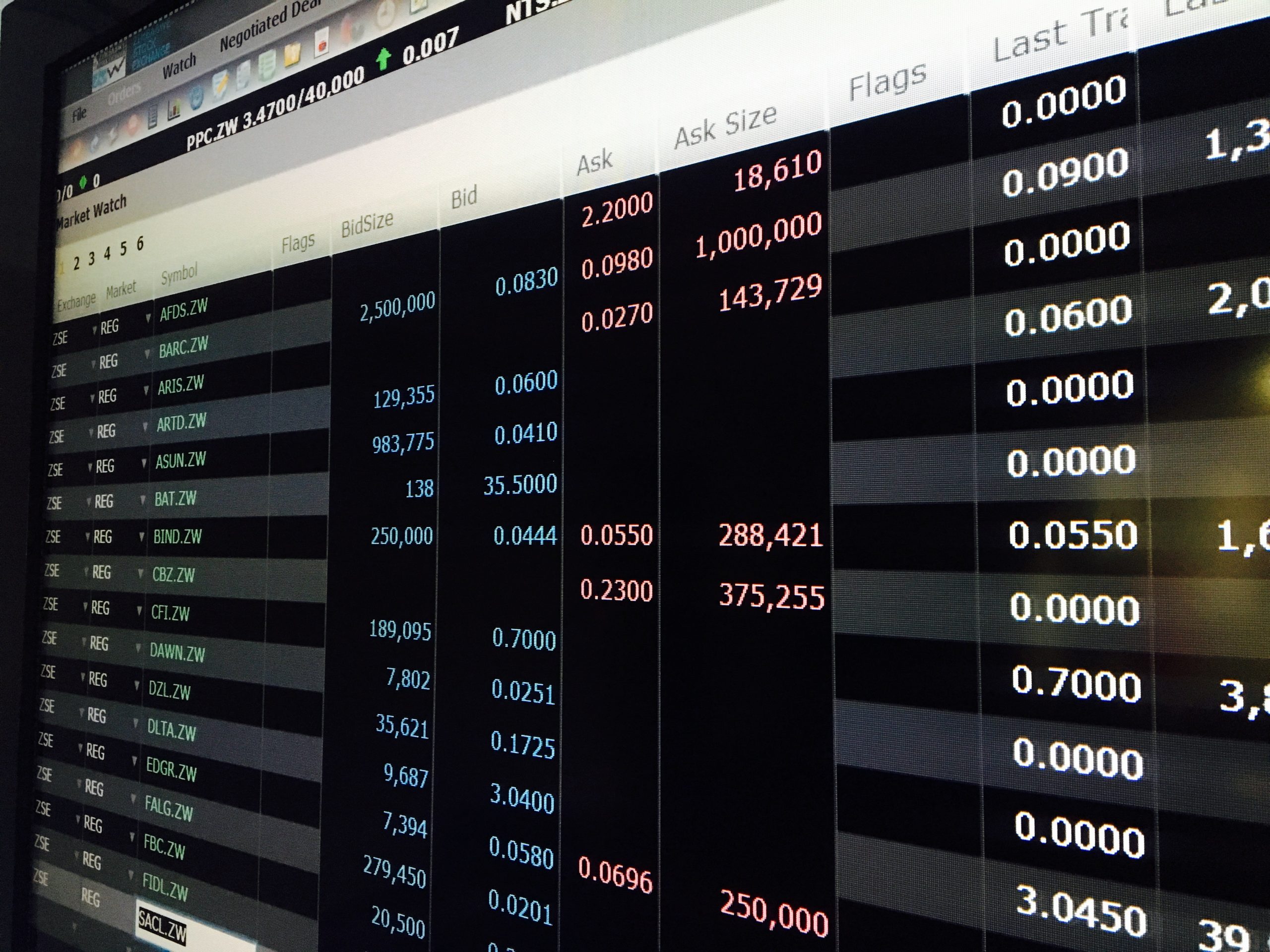 However, market breadth closed positive as 10 gainers were reported compared to 8 losers. 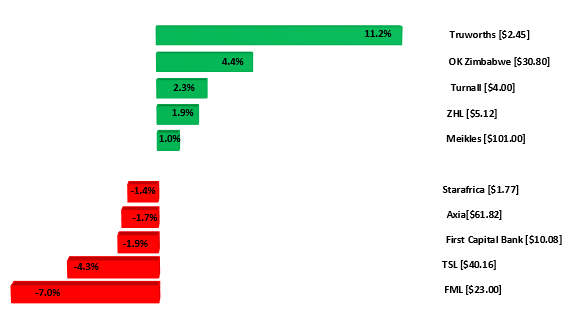 From the rear of the chart, FML lost 7.07% to become the worst performing stock in the session. It was trailed by TSL, First Capital Bank, Axia and StarAfrica as they populated the top five losers’ chart.

RioZim did not trade after it continued to engage the authorities in various capacities for an upward review of the foreign currency retention on export proceeds from the current 60%. “As this has proven insufficient given the Group’s foreign currency requirements,” it said in its third-quarter trading update.

It complained of power challenges.

“Power outages are taking up to 30% of the available production time hence adversely affecting production in a very material way.”

The miner had to resort to diesel-powered generators, which are expensive to run.

Market turnover increased by 259.49% to $1.16 billion. Transactions in the shares of Delta topped the activity chart with 3.13 million shares valued at $628.29 million.

In order to promote the implementation of the Zimbabwe National Development Strategy 1, Zimbabwe and the European Union have signed two financial agreements for a combined total of €47,000,000.00 to work together on two important shared priorities: health and democracy (NDS-1).

“These Financing Agreements are the first to be signed within the overall EU envelope amounting to €148 000 000 allocated to Zimbabwe for the next two years,” reads the joint statement.

“Further Financing Agreements are currently under development for interventions in the areas of green economic growth and governance.”

These are anticipated to be signed in 2023, providing Zimbabwe and the European Union the chance to decide on shared goals and strategies for putting them into action. – Harare

ZSE creep back to positive territory as mid-caps rally