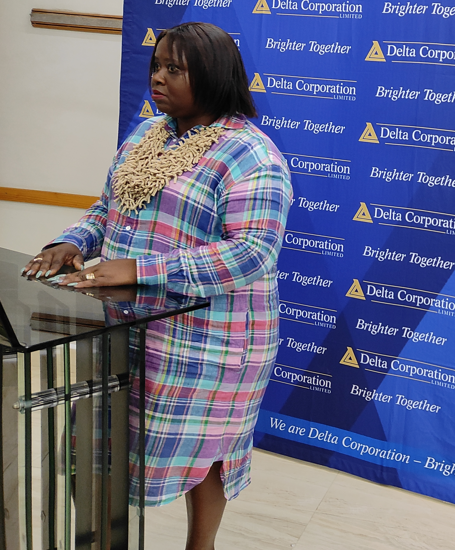 The Delta Corporation posted a ZWL$18.5 billion inflation adjusted after tax profit for its half-year ended 30 September 2022. The performance was a 27% decline from the 2021 comparative, although profit before tax was up 34% to ZWL$44.5 billion and operating income was up 88% to ZWL$46 billion.

Lager sales remained the groups top earning segment, with revenues rising by 71% to ZWL$84.8 billion after volumes increased by 18%. The group noted that production capacity remains constrained, but expects the installation of a new plant in the first half of 2023 to improve supplies.

Sparking beverages showed the strongest revenue growth, increasing by 75% to ZWL$33.2 billion after volume growth of 22%. The group plans to invest in additional capacity to ease supply of PET packs.

Sorghum beer sales recorded growth of 53% to ZWL$74.4 billion, with volumes growing by 14%. The group expects to commission a new plant in the second quarter of 2023 to improve supply of the popular Chibuku Super beverage. For the segment’s external operations – United National Breweries (UNB) South reported 38% volume growth while NatBrew Plc Zambia recorded 7% growth. The group expressed confidence in UNB after COVID-19 related challenges, noting that the operation was on the recovery path, having achieved breakeven volumes and cash flows. The confidence was extended to NatBrew which faced similar challenges, according to the group business recovery measures are underway with cashflow support from the parent company.

The wines and spirits segment saw its revenues gain 48% to ZWL$14.9 billion, after volumes grew by 11%.

The group’s operations generated a net cash flow of ZWL$11.6 billion and made net investment expenditures of ZWL$12.7 billion.

At the end of the period, total assets stood at ZWL$326.9 billion, with cash and equivalents of ZWL$23.5 billion. Total liabilities stood at ZWL$148 billion with total borrowings of ZWL$14.6 billion.

Going forward, the group will remain focused on exploiting the firm aggregate demand which is largely driven by mining activities, diaspora remittances and infrastructure developments and the increased social activities.

The group declared an interim dividend of USc1.00 per share, payable on the 15th of December 2022.

It’s a reasonable set of financial results from the Delta Corporation. Sales revenues and volumes showed resilience against the challenging consumer environment. The stability of the group’s margins against the inflationary operating environment was also positive. In the evolving macroeconomic environment, the group’s noticeable working capital expenditure should provide a degree of protection against supply disruptions. The securement of foreign currency paying distribution lines should also add to Delta’s capacity to sustain supplies against (more) adverse conditions. On the whole, Delta appears to be on steady footing, and in position to weather short-term economic headwinds. Sustained inflation decline, and the additional production capacity should boost growth in the second half-year.

Beyond that, there’s the interesting development in the Sorghum Beer market, where Innscor’s Buffalo Brewing Company (BBC) has emerged as a new competitor. With the backing of a fellow giant of Zimbabwe’s corporate landscape, BBC is expected to challenge Delta’s in the market. Among Delta’s other product offerings, growth in the sorghum beer sales volumes has been comparatively low – with 5 year growth of 15% versus 53% in lager beers and 32% in sparkling beverages. The group’s investment in additional production capacity and BBC’s entry suggests there is a wider market to be captured. Backed by Innscor’s raw material supply and distribution infrastructure, barring any serious missteps by BBC, there is real scope for the Nyathi brew to establish itself as the premier rival to Delta’s Super Chibuku. The big question is how consumers will respond to the product – but with Innscor’s infrastructure, the sorghum beer market could just be the first frontier. The onus will be on Delta to leverage the brand equity that’s accumulated to Super Chibuku and to keep the consumers engaged with more product development and enhancement.

On the ZSE, since the start of the year, the Delta share has gained 47% in nominal terms and lost 75% in implied USD terms. The share is currently trading at a price to ratio of 1.8x – Harare