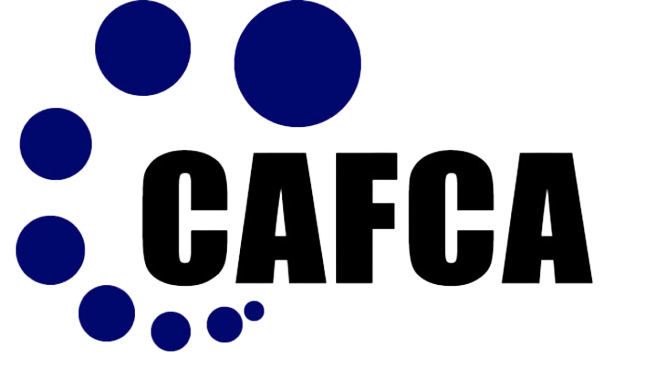 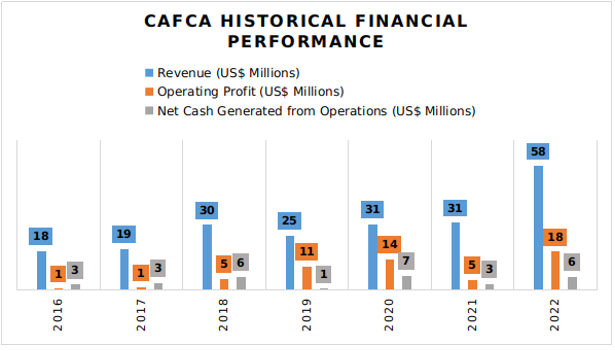 Analysis of recent past performance suggests the 2022 financial year was a positive year for CAFCA, with revenues and operating profits hitting 5 year highs. As the company reported declining volumes, the performance was significantly aided by firm copper ore prices which sharply trended upwards from 2020 before peaking in early 2022. Global recession fears have seen the price of the metal cool off in the latter months of 2022, and the short to medium term outlook is viewed as uncertain. However, demand has been projected to increase significantly in the long term – driven by the global transition to electric vehicles, and renewable energy, as well as the need to increase electricity infrastructure.

Perhaps a remnant of the country’s more industrialized past, CAFCA is an interesting case in the landscape of Zimbabwe’s business sector. The company’s long term prospects are tied to key drivers of economic development in electrical and telecommunications infrastructure. As the country’s sole manufacturer of copper cable equipment, the company should be well placed to benefit from the country’s ambitious economic development agenda. That said, the tangible prospect of a sustained and significant turnaround in Zimbabwe’s economy remains somewhat elusive. Beyond that, the company is a subsidiary of a larger SA based cable manufacturer that also serves regional markets – so external markets are unlikely to offer extensive opportunities for CAFCA. There could be scope for CAFCA to serve as an “off-shore” processing site for its parent company. As SA looks to invest heavily in its electricity infrastructure, CAFCA could benefit from some spillover.

On the ZSE, since the start of 2022 the CAFCA share has gained 18% in nominal terms and lost 80% in implied USD terms. The share is currently trading at a price to book ratio of 0.6x – Harare